Technologies, opportunities, incredible tools, and frameworks have made web development a super flexible and instantaneous process. It is now possible to create any software or product that was previously considered to be impossible or magic. python metaprogramming is one of those amazing programming techniques that have enabled programmers to work like wizards. Technologies, opportunities, incredible tools, and frameworks have made web development a super flexible and instantaneous process. It is now possible to create any software or product that was previously considered to be impossible or magic. python metaprogramming is one of those amazing programming techniques that have enabled programmers to work like wizards.

Are you wondering how? Let’s talk about python metaprogramming.

The Concept of Metaprogramming

Metaprogramming is simply writing programs that write programs. An analogy that is often used is that of the car factory.

If you are a car builder, and you notice that some steps can be automated one day, what would you do? As a result, you automate this process and build a car factory. Then you realize that building your factory involves similar steps, so you automate them, creating a factory that makes factories that make cars. Metaprogramming is what this is.

If we understand it in terms of coding, then

In Python metaprogramming, every syntax is associated with a type. For instance, variable with integer value will have a type named ‘int.’ Hence, you can use the syntax ‘type()’ to include the type of anything.

How Does Metaprogramming Work?

Python metaprogramming is a technique that treats code as data in computer programs. The concept is to write a program that writes another program and so on. Through it, computer programmers have greater flexibility because work usually done during the runtime period is moved to the compile time period. Since this process reduces the time it takes to manually write a program’s code, it frees up the programmer’s time for other tasks.

Using this example, you can understand python metaprogramming:

Assume you are a mechanic who builds automobile machinery. You realize that the systems can be automated for better performance during all these efforts. How would you react? You will automate all of your machinery items. python metaprogramming works similarly. The flow of one system creating another…

Interestingly, metaprogramming languages are used widely. There are a number of popular uses for it, including:

As the name implies, these (mini) languages are designed for specific applications. DSLs can be classified into two types:

External DSLs – Regardless of the language they are written in, external DSLs have their own identity. A good example of this is SQL, which integrates with the database.

Internal DSLs – They are similar to external DSLs, with the exception that they depend on the language they are written in. Furthermore, these languages extend existing languages rather than creating new ones.

Understanding Java’s annotations is the best practice for metaprogramming. Annotations can be added to methods, fields, interfaces, classes, and packages in this language.

As a result of these annotations, the language is extended either at run-time or at compile-time.

Languages such as Rust, Scala, Lisp, and Clojure offer a mechanism called Macros for extending their capabilities.

If you want to know that macros in Rust can be spotted by ! (exclamation point). Macros, however, are similar to function calls. Nevertheless, they are operated slightly differently.

Metaprogramming: How do programs become data?

The following chart illustrates how metaprogramming is used in these languages:

Note: ASTs stand for Abstract Syntax Trees, and UpMLs for Up Metalevels.

The Benefits of Metaprogramming

In addition to the advantages attached to metaprogramming, there are some drawbacks as well that we will discuss later below:

FYI: The use of macros (in C or C++) promotes code reusability and reduces development time.

The Challenges of Metaprogramming

Theoretically or practically, metaprogramming presents some challenges. We will shed some light on them in this section:

A Variety of Metaprogramming Scenarios

Rather than talking a lot, we’ll present a lot more below. We have some code examples to help you understand the use of metaprogramming in various programming languages:

The next important thing to learn is Python metaprogramming in which metaclasses are built.

A simple problem of code repetition required debugging. Prior to executing its code body, we wanted to print out its fully qualified name to debug the class method.

To resolve the issue, we somehow did the following:

Full name of this method: Calc_adv.mul

This article examines how metaprogramming is implemented in different languages such as Python metaprogramming. We also discussed annotations, reflection, DSL, and macros. These tech enabled us to write code that contained less duplication and allowed greater flexibility in the written code. 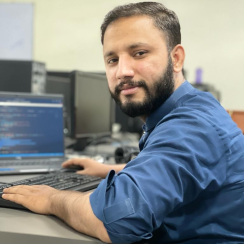